The Jensten Group Goes The Extra Mile For The NHS

Coronavirus has brought unprecedented distress to people all over the world and presented organisations of all sizes with immense challenges. The sudden shift to remote working, the furloughing of valued colleagues and restriction on our freedom of movement have all made for tough times. These though have been as nothing in comparison to the trails that the heroes in the NHS have been forced to endure. Day-after-day of life-saving, life-threatening work has left this amazing organisation embattled like never before. So, when we heard about the Run 5, Donate 5, Nominate 5 initiative, we knew it was something we wanted to be part of.

As a Group, we’ve always prided ourselves on our ability to raise awareness and funds for fantastic causes and surely few can be more worthy than this. Seeing an opportunity to give something back while supporting the physical and mental health of our teams, Jensten’s directors immediately announced their support for the campaign, not only pledging to do their 5k but also offering to double funds raised by Jensten staff. 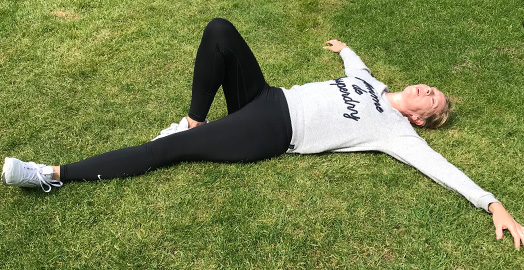 Beginning with our Policyfast LinkedIn account, we tagged five people within the Group to run 5 kilometres and then donate £5 to the Run for Heroes page – a campaign that raises funds to support various NHS charities. Upon completing this challenge, the five people would then tag another 5 people to take part through a post on LinkedIn and so it went on…

Almost a month later, we can proudly say that the Jensten Group has thrown itself into this whole-heartedly – with over 60 people taking part and donating while being generously supported by members of the insurance industry.

Whilst some chose to walk the distance with their trusty family pet while enjoying the British countryside, others decided to show their speed with some incredibly impressive times being achieved. Either way, it’s been fantastic to see so many people enjoying some exercise whilst all coming together for such a deserving cause.

At the time of writing, we have raised over £700 in support of the NHS. As part of the Jensten Group’s charity matching pledge, we will be making a donation of at least £1400 that will go towards vital extra funding for our hospitals, health trusts and ambulances.

Everyone who took part and everyone who donated. Most of all we’d like to thank our heroes in the NHS. They are truly the pride of Britain and we cannot thank them enough.